Argentina-based, Uruguay-born Víctor Hugo Morales, widely regarded as the Spanish-language greatest soccer narrator of all time, will be in San Antonio on Wednesday and Thursday. According to Argentine producer Macarena López Serrot and a spokesperson from Casa Argentina de San Antonio, Morales specifically came to San Antonio to interview Spur Manu Ginobili, one of Argentina’s most beloved sports heroes. During his SA visit, Morales will broadcastLa Mañana con Víctor Hugo, his live daily morning radio show for Radio Continental, one of Buenos Aires’ top radio stations.

Outside of Uruguay and Argentina, Morales is best known for his narration of Diego Maradona’s second goal for Argentina against archrivals England during Mexico’s World Cup in 1986. That second goal is considered the best goal in the history of the World Cup.

You get the idea, even if you don’t speak Spanish. But if you’re curious to know what he said, here’s my humble, rough translation:

“Maradona with the ball, marked by two…”

“Maradona steps on the ball…”

“The world’s soccer genius takes off on the right…”

“What planet did you come from…?”

“…in order to leave so many Englishmen behind?”

“…so that the country could become one single clenched fist…!”

“Thank you, God, for soccer, for Maradona, for these tears…!”

“I allowed myself to get carried away but the play that I didn’t narrate,” he told Spain’s Asnewspaper in Spanish. “I said, ‘Genio, genio, genio, ta, ta, ta.’ I announce something about to happen, but I don’t say what it is. I don’t like that part. There’s happiness, anger, admiration, fascination, but it’s not a great narration. I do like what comes afterwards: ‘the play of a lifetime.’ And that’s what it was … I thank God for having been there, and I owe [Maradona] the fact that I was able to transcend.”

Argentina would go on to win the World Cup by beating Germany in the final by a 3-2 score, and Maradona was chosen the tournament’s MVP. But “Víctor Hugo,” as he is known, also became immortalized as the guy who, in a moment of magical improvisation, invented the “barrilete cósmico” (cosmic kite) term to describe the greatest play by the greatest player of his generation, and arguably the greatest player who ever lived.

But Morales, also an author and TV personality, is much more than just a soccer narrator—he’s a respected voice when it comes to politics. He’s public enemy number one for some conservative circles (especially media monopolies) and those directly or indirectly associated with the military dictatorships that ruled Argentina and Uruguay (and much of Latin America) for much of the ’70s and early ’80s. When a smear campaign was launched against him earlier this year (due to Morales’ supposed, unsubstantiated relationship with the military), human rights activists like Nobel Prize-nominated Mothers and Grandmothers of Plaza de Mayo (which unite the mothers and grandmothers of the disappeared during the Argentina’s dictatorship) and socially conscious artists and politicians came to his defense.

A rare specimen in the world of sports journalism, often led by jocks with limited cultural interests, Morales is a cultivated man with a deep love for classical music, history and literature. Julián Capasso’s book Víctor Hugo: Una historia de coherencia y convicción (Víctor Hugo: A history of coherence and conviction) was published in May. 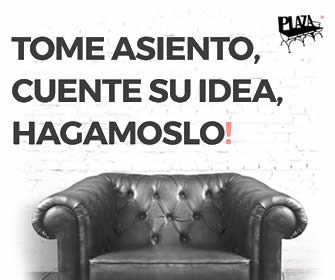